Want to find your cervix… and teach others to find theirs?

We are training a cadre of facilitators to teach “Find Your Cervix” workshops, where you’ll guide participants to find their own cervixes in an empowering and experiential way.
As part of our social impact plan as we release At Your Cervix™, bringing important issues about student consent, patient consent and autonomy to the public, we will provide ongoing educational opportunities and workshops for both medical providers and for patients.

We are seeking people to bring this work to their own communities, as well as be a part of our core educator team who will provide workshops in conjunction with film screenings as we take At Your Cervix™ to film festivals, conferences and communities around the world.

This work is for anyone who wants to facilitate experiential and empowering workshops in which participants will learn about their anatomy and find their cervix in the spirit of the women’s health movement. Practitioners of all stripes are welcome: sexuality educators, healthcare practitioners, reproductive rights advocates, women’s empowerment mentors, Red Tent Temple facilitators, and more.

We invite you to apply to be a part of this training and become an At Your Cervix™ Amazon if you:

This is not your typical sex education work and requires a different skillset even for the most experienced educators. 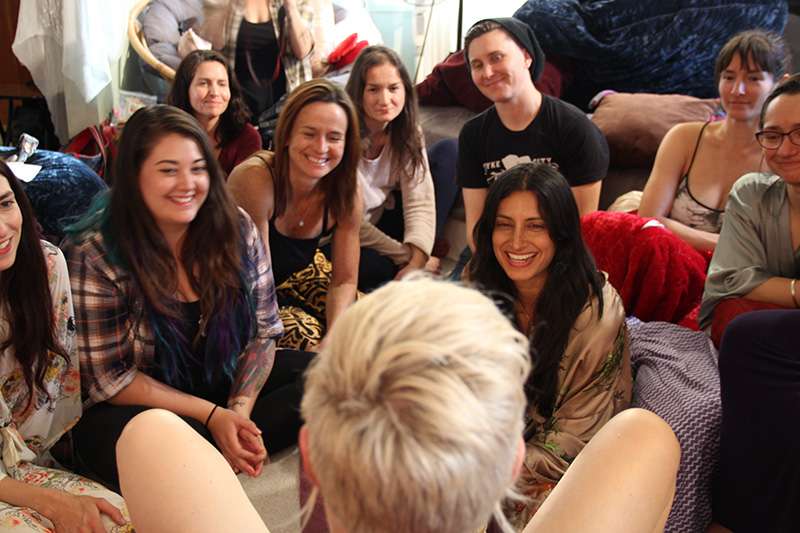 People who are invited to participate in this training will act as our core facilitators for this work going forward. We prominently depict the process of a “Find Your Cervix” workshop in the film, so we know there will be a great demand for these workshops when we release At Your Cervix™. We will offer future trainings as needed, however the first cohort of trainees will have priority for all workshop requests via At Your Cervix™.

When & Where: This will be a four-day training held at a private, comfortable space in Southern California, 2020. Dates will be set once we have enough qualified applicants interested in being Amazons who confirm to move forward as part of our team!

In this training, participants will:

Let’s bring back the self-help groups of the 70s.

The Women’s Health Movement, an arm of the greater feminist movement, flourished in the 1970s. The movement was known for its Self Help groups, in which women taught other women how to find their cervixes with a speculum, mirror and a flashlight.

As Cindy Pearson writes for the National Women’s Health Network:

In 1971 a woman named Carol Downer used a speculum, a mirror and a flashlight, to look at her own cervix. She was the mother of six children and had never seen her own cervix. She saw where her babies had passed through, where her menstrual flow came from, and what the doctors had commented on over the years. It was a very enlightening moment for her. What she did with that knowledge was revolutionary. She was part of a woman’s group, working to legalize abortion. She took her speculum to the next meeting and showed them her cervix. The group in turn took speculums to the California NOW conference and did “Self Help” for hundreds of women. Self Help groups became a place where women could see their cervixes, talk about their reproductive health care, and learn from each other’s health experiences. (source)

In 2020, this empowering self-knowledge is more important than ever. The cultural conversation around gender and sexuality has become so much more nuanced since the movement’s peak in the 1970s, leaving women, the transgender community, and other gender non-conforming people often vulnerable and marginalized within modern healthcare.

At Your Cervix™ is dedicated to making pelvic exams respectful and pain-free, and to empowering people with the information and tools they need to feel confident, comfortable and at home in their bodies: whether at a doctor’s office or looking for your cervix at home. We hope that you’ll join our movement to offer empowering, respectful Find Your Cervix workshops — drawn from the legacy of the women’s health movement, and updated for our needs in 2020. 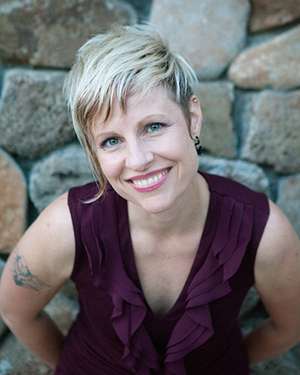 Amy Jo Goddard has been teaching people to find cervixes for over 15 years in both professional and casual environments. She trained as a Gynecological Teaching Associate (GTA) and worked for ten years with medical and nursing students at every major medical institution in NYC, including Columbia, NYU, Cornell, Einstein, SUNY Downstate, among many other smaller programs. She has taught workshops across the US for women who are ready to take the speculum into their own hands and find their cervixes.

Amy Jo earned her Master’s degree in Human Sexuality Education at NYU and has been working on her documentary At Your Cervix™ for the last 12 years, tying in the work of GTAs with the women’s health movement with a mission to end the unethical ways students of medicine and nursing learn to do pelvic exams. GTA programs, as Lila Wallis, MD of Cornell Medical states, “are the only rational way to teach pelvic exams.” At Your Cervix shines a light on this little-known work and the importance of teaching future medical providers to respect women’s bodies, vaginas, and patient consent.