Amy Jo worked as a Gynecological Teaching Associate in NYC for 10 years, because as a sexual empowerment educator she wanted to impact people who were entering the field of medicine about sexuality. She was host of CherryBomb.com’s web stream program Fresh Advice, developing, researching, writing and performing over 60 episodes on women’s sexuality. She co-wrote and produced the sold-out play Vulvalution: Her Lips Speak in New York’s downtown theatre community among her other one-woman shows. She is author of Woman on Fire: 9 Elements to Wake Up Your Erotic Energy, Personal Power and Sexual Intelligence, co-author of Lesbian Sex Secrets for Men (both Penguin Random House) and contributing author of All About Sex: A Family Resource Guide on Sex and Sexuality. She has produced several short films and this is her first feature. She has produced a large body of work on sexuality, healthy relationships, sexual empowerment, and sexual politics. You can find more about her at www.amyjogoddard.com. 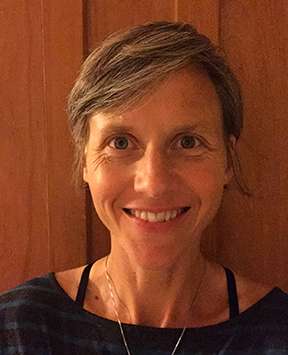 Julie worked as a Gynecological Teaching Associate in New York City for 3 years. At the time she became a GTA, she was Associate Director then Co-Director of the Human Rights Project of the Urban Justice Center. Her work there highlighted social and economic human rights violations in the US with an emphasis on race, class and gender. Continuing her work from a human rights perspective, she transitioned to become a Nurse Midwife where she wanted to focus on providing radical health care that is deeply respectful and empowering. She graduated from a Nurse Midwifery program at the University of California at San Francisco in 2007. She had the honor of beginning her career working in the Navajo Nation for 4 years after which she practiced in other hospital-based practices until 2015 when she opened a home birth practice. She provides both general women’s health care and midwifery care. You can learn more about her at www.mamabearmidwifery.com.

Renée Bergan founded Renegade Pix in 2003 with the goal of educating, inspiring and advocating change through her film work. She received her BA in Film Studies from the University of California, Santa Barbara in 1993. Her first feature documentary, Sadaa E Zan (Voices of Women), a documentary about Afghan women, received the Social Justice Award for Best Documentary at the Santa Barbara International Film Festival in 2003, as well as the Audience Award and Best Director Award at the NY International Independent Film & Video Festival in 2004. Renée has made two additional feature length documentaries: Paul Soldner: Playing With Fire, a biography about revolutionary ceramist Paul Soldner; and Poto Mitan: Haitian Women, Pillars of the Global Economy, an intense account about the lives of Haitian women workers. Renée/Renegade Pix was on the media team for Occupy Wall Street and Occupy Sandy, documenting many daily actions and ongoing stories. Many videos were created but one compelling video was: Sharon’s Story, a short documentary about how one woman deals with the grief of losing her 17 yr old son, by giving back to her community during desperate times (Honorable Mention at the Red Hook Film Festival in 2013). Other projects include: Believe Me, a 30 second PSA for Santa Barbara Rape Crisis Center (National PSA award in 2007); Gela, a short documentary about memory and the Holocaust and Shed the Shame, a woman’s journey of overcoming body shame. Renée has also lent her producing, shooting and editing hands to other documentary filmmakers with their award-winning works such as: The Hand that Feeds and Crossing Bhutan. 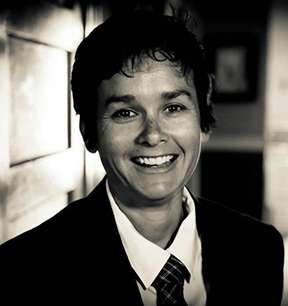 Beth Nelsen is an award winning filmmaker whose most recent work, CAMP BEAVERTON: MEET THE BEAVERS, has screened on every continent, with the exception of Antarctica, who doesn’t need us tromping all over her land. After the re-election of GWB in 2004, Beth left the United States for Thailand, India, and eventually landed in Australia where she settled in Melbourne for nearly 6 years, earning her Masters in Film & Television at the prestigious Victorian College of the Arts, with an emphasis on directing documentary. Upon graduation, Beth received the honors of Most Promising Director for her thesis film, LOVE REFUGEES. Her passion and dedication for good, non-fiction storytelling have continued to grow and she seeks collaboration on projects with strong potential for heavy social impact. AT YOUR CERVIX™ was an easy decision for her to pour her hard work into as an editor and she is very excited to share this film with the world.

Stephanie Dawson received a Bachelor’s Degree in Engineering Management from Miami University and worked as a computer consultant for several years before working in film and television production. She worked on a number of local productions in her hometown of Cincinnati, OH, including two short documentaries about bio fuels and several submissions to the 48 Hour Film contest. She received an Associates Degree in Television and Film production from Full Sail Real World Education and then went on to produce several industrial and promotional videos for non-profit organizations under her company, Eclection Media, LLC. She joined the crew of At Your Cervix™ in 2007. For more information about Stephanie’s work go to www.eclectionmedia.com.

Robin Burdulis is coordinator of GTA programs at Cornell-Weill Medical College, Cornell-Weill Medical College in Qatar, and Pace University, among others. She has been involved in the NYC GTA programs since their inception and has 26 years of experience teaching breast and pelvic exams. Additionally, she trains GTAs and implements GTA programs as a coordinator in NYC, and both nationally and internationally as a consultant. She also coordinates male genito-urinary teaching associate programs, and is a sex educator, social worker and percussionist. One of her favorite instruments is the speculum itself.

Karen Rood has worked in medical education since 1990, when she became a Gynecological Teaching Associate (GTA). She coordinates GTA and standardized patient programs for medical residents at Winthrop University Hospital, as well as workshops in medical history taking, communicating difficult diagnoses, and the administration of diagnostic pelvic floor exams at teaching institutions throughout the New York City area. She considers her work in women’s health an extension of her long-time political activism on behalf of women. Prior to becoming a GTA, she worked as Chapter Administrator of the New York City National Organization for Women, was campaign administrator for two successful female candidates for Civil Court Judge in New York City, and has been an original member of a women’s reading group since 1990.

How you can help

We are dedicated to making pelvic exams respectful, pain-free and empowering through our documentary At Your Cervix™. Join the effort to improve pelvic exams and GYN training. Please donate $5 (or more) for every poor pelvic exam experience you have ever had—and spread the word!

Want to help us end unethical teaching practices, and support pain-free and respectful GYN exams for all? We can’t do it alone!

Enter your info to keep in touch.